Jamaica is the third largest island in the Caribbean, situated about 90 miles south of Cuba (the largest) and 120 miles west of Hispaniola (Haiti and the Dominican Republic – second largest), and has a population of nearly 3 million people.

From Ian Fleming to Bob Marley, jerk chicken to ackee and saltfish, Blue Mountain coffee to Red Stripe beer, Jamaica is a country that’s as diverse and vibrant as its people. Some of the most beautiful beaches in the world can be found here, as well fascinating plantation houses, rolling hills and lush vegetation with cool meandering rivers that invite you to raft them.

Jamaica actively celebrates its African culture, which can be seen in Jamaican dance, food, music, art and language. Although English is the official language, don’t be surprised to hear locals speaking in patois – a local dialect combining aspects of English, Spanish and West African languages.

The Jamaican people are warm, fun-loving and upbeat, and the island does really dance to its very own reggae rhythm and beat.

Jamaica is an all year-round holiday destination, with ‘high’ season being between December and April, with average temperatures along the coast of about 26°C, usually tempered by the prevailing trade winds.

Why Jamaica?
‘For me, this is where my love affair with the Caribbean started. I visited Jamaica in 1972, stayed in Runaway Bay, saw Bob Marley in a night club in Ocho Rios, was an extra in Live and Let Die, and basically vowed that if I couldn’t live in Jamaica, then I would visit the Caribbean as frequently as I could’ – Mike Williams, co-founder, The Caribbeanist.

Currency Jamaican Dollar and US Dollar 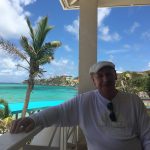 Do you have some questions or would you like to book a holiday?

1. Bamboo rafting down a 3 mile stretch of the Martha Brae River is one of the best day trips in Jamaica and easily accessible from Montego Bay and Ocho Rios. Sit back and relax as your ‘Raft Captain’ explains the ‘legend of Martha Brae’ and the colourful folklore of the region. Stop off for an exhilarating swim in one of the many pools on the way.

2. Reggae was born in Jamaica, and no visit to the island would be complete without either a visit to the Bob Marley Museum in Kingston, or the village of Nine Miles where he was born and which also houses his mausoleum. Real Marley and reggae aficionados will probably want to do both.

3. Be sure to add Dunn’s River Falls to your itinerary. One of Jamaica’s most thrilling attractions, this scenic and natural beauty is an experience not to be missed, with a climb up 600 feet of cascading waterfalls, enjoying some leisurely bathing in one of the many lagoons or pools en-route.

4. Take a trip to the Blue Mountains (Unesco World Heritage Site), to the home of its famous namesake coffee, where you can visit The Mavis Bank Coffee Factory, which processes 1.4 million pounds of beans annually. Take a tour and sample the coffee at its source, and take a sample home.

5. Visit the Blue Lagoon (Port Antonio), the site of the famous Brooke Shields movie of the same name. The best way to experience the Blue lagoon is on a boat or rafting tour, which usually involves a stop at nearby Monkey Island.

You’ll be spoilt for choice as far as accommodation in Jamaica in concerned. Whether you’re looking for a resort, villa or boutique hotel, Jamaica has it all.

Special offers are always available, just give us a call or check out our Facebook page.

Set along 7 miles of idyllic beachfront at Negril, this deluxe boutique hotel is cool, calm and contemporary. There are just 33 rooms, 2 restaurants, including the elegant Bongos Restaurant, and a spa. Meet fellow guests at the manager’s cocktail party at the Piano Bar after a Reggae Horseback Riding Tour.

The property where Ian Fleming wrote the James Bond novels has acquired celebrity status. Located near Ocho Rios in picture-perfect Oracabessa Bay surrounded by tropical forests and lush gardens, the original Fleming Villa has been enhanced by the addition of 47 beach huts, cottages and villas. The Bizot Bar is a relaxing haven to enjoy a cocktail or two before dinner and then experience a gourmet dinner of lobster or fresh fish at the famed Gazebo restaurant. A real gem of a property – diamonds really are forever here!

Hidden away on a secluded sandy cove just east of Ocho Rios, this family owned idyllic retreat consists of 56 spacious suites, cottages, beach bungalows and a three bedroomed villa renowned for its high standards of service and luxury. Blissful days can be spent on the 700 foot private beach where the complimentary beach service includes fruit or Planters Punch. The Ocean Spa beckons for those needing pampering and relaxation. Evenings are magical affairs with hors d’oeuvres on the terrace, followed by gourmet dining with fine wines at The Terrace restaurant.

Set in 400 spectacular unspoilt acres of beachfront and nature reserve seven miles east of Montego Bay, this resort of 210 rooms and suites still feels intimate with personal service second to none.
Previous patrons of this 60 year old property include some very royal guests – the Queen, Prince Charles and Prince Harry have all enjoyed Half Moon’s legendary Jamaican hospitality. Facilities include several swimming pools, floodlit tennis, an 18 hole championship golf course, squash courts and bicycle hire. No excuse not to keep fit here.

Round Hill Hotel and Villas

When a resort goes to the trouble of asking Ralph Lauren to design its interiors, then you can expect to find something special. Eight miles west of Montego Bay, this resort consists of 36 spacious air-conditioned oceanfront rooms and 27 villas. All interiors are stunning with white stone floors, four poster beds, large bathrooms with separate baths and separate rain showers. Dinner is available at either The Seaside Terrace restaurant or the more informal Grill at Round Hill. Once the private haven of style icons such as Errol Flynn, Grace Kelly and Noel Coward, Round Hill still has the feel of an exclusive private members club.

Let us take the stress away of booking your holiday, we can source the best accommodation for your budget and make sure you know all the top places to go!

Get in Touch & Book

We will get back to you as soon as possible.